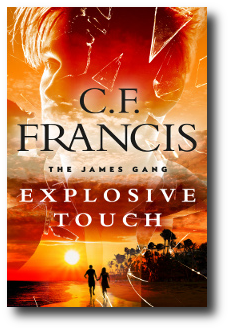 Bombings, worlds apart, throw two survivors together. Troy, psychologically and physically damaged due to his last tour as a Special Ops soldier, is asked to protect Shayne from an unknown enemy. Is he up to the task? Can he keep his emotional distance from a woman who has become all too important to him?

Shayne Peterson cheated death when she survived a bombing at a Tampa country club. Still, she fights a nightly battle against the terror of being trapped under the rubble and her inability to identify the man who left the deadly package. After a move to Sanibel Island, she finds herself surrounded by former Green Berets. She feels safe—until it becomes obvious that she’s not.
END_OF_DOCUMENT_TOKEN_TO_BE_REPLACED 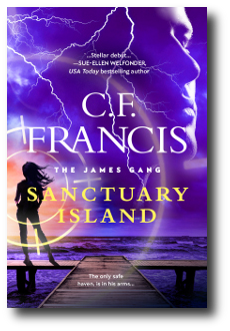 Catherine Storm has returned to Sanibel Island. She seeks the tranquility and solitude that her favorite getaway spot has always offered while she struggles with the decisions she must make regarding her career and her future. The last thing Cat expects is to find herself in the arms of a troubled, former Special Forces commander – while dodging an assassin’s bullets.

After more than a decade in the Army, Colton James put down his rifle and picked up his camera to block out the haunting images of his last mission in Afghanistan. His days of protecting the innocent are behind him – or so he thinks until he literally runs into the short-tempered, independent pixie who has unwittingly become the target of a killer.

Who wants Cat dead and why? While they search for answers, Colt knows he must do everything in his power to keep this woman safe – because whether she realizes it or not, her future lies with him.

END_OF_DOCUMENT_TOKEN_TO_BE_REPLACED

“An exciting and dynamic Romantic Suspense novel that is sure to have fans of the genre eager for their next fix.” -New York Times bestselling author, Toni Anderson.

Josette Boussard is on the run—running to the only person she can trust, the only man she’s ever loved. Beaten, battered, and off the grid, Josie has no idea who is after her but it has something to do with a message that was sent to her by a friend—a friend who is now missing.

After attending the wedding of his former Special Forces commander, Lieutenant Steve Brody has decided it’s time to track down Josie and settle things between them. The status of their “marriage” has remained in limbo long enough. But before he leaves Sanibel Island in search of her, an unconscious Josie is literally dropped into his arms.

While Steve and Josie deal with the issues that have kept them apart, they must also work to discover who is hunting Josie—because it has become increasingly clear that the price for the information she possesses is her life.